Looking For The Best Face Lift in Vadodara?

A face-lift (rhytidectomy) is a cosmetic surgical procedure to make a younger look on your face. Amish Hospital offers the best face lift in Vadodara. 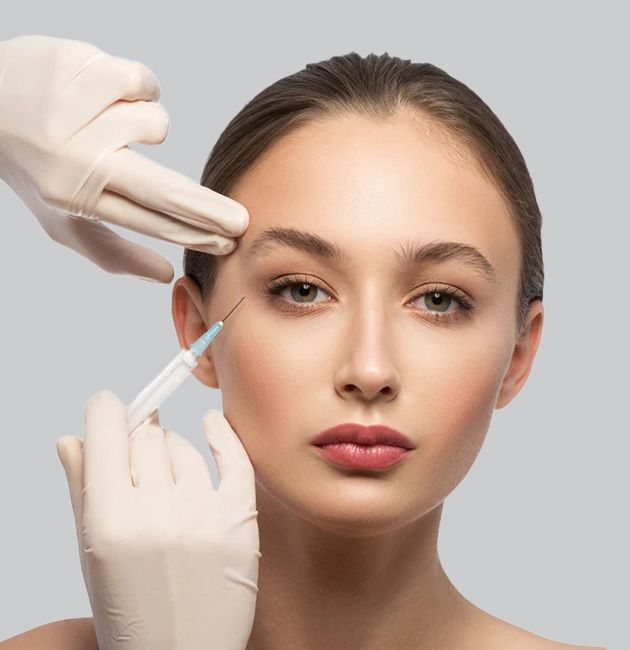 Amish Hospital offers the most technically advanced medical care and cosmetic solutions. If you wish to seek a face lift in Vadodara by india’s most reputed cosmetic surgeon, walk into Amish Hospital for trusted body care.

What is a facelift?

Also known as a rhytidectomy, facelift is a surgical operation that addresses apparent ageing indicators in the face and neck, such as:

The facelift is a surgical technique that removes wrinkles and deposits from the face, jaw, and neck so that people can appear their best. A range of variables, including inheritance, gravity, environmental circumstances, and stress, can cause the loss of young facial features. The brow lift, which corrects a drooping or highly furrowed brow, and eyelid surgery, which rejuvenates aged eyes, are two rejuvenation treatments commonly performed in combination with a facelift.

The popularity of facelifts is growing. Facelifts are being performed in unprecedented numbers on men and women (typically aged 40 or older). While such operations can enhance one's looks, anyone seeking a facelift should have realistic expectations regarding the treatment, what it entails, the healing period, and how they will look afterwards.

Liposuction, which is used to remove fat deposits in the face, most often between the chin and the neck, can be done in conjunction with a facelift or alone. As a restorative procedure, a facelift does not alter your basic appearance and does not slow down the ageing process.

Non-surgical rejuvenation methods cannot produce the same effects as a facelift, but they may assist in postponing the need for surgery and complementing surgery outcomes.

Face Lift Procedures are Changing Due to New Advances

The way a facelift is done is changing thanks to new surgical procedures. These advancements suggest that cosmetic operations will become safer, less painful, and more successful in the future.

Lasers: Lasers are used in a facelift treatment termed laser neck and jowl liposculpture and platysma resurfacing, which may be performed with only topical anaesthesia through a one-inch incision under the chin.

Endoscopy: Facelifts and brow lifts are currently performed using endoscopic procedures. It results in smaller incisions, less tissue stress, and a faster healing period. In addition, facial structures are elevated without the use of skin flaps. Endoscopy is now only available to those whose skin is still reasonably tight and elastic.

Who are the best facelift candidates?

In general, the following people are suitable candidates for a facelift:

If you are a suitable candidate and seeking an expert to undergo facelift surgery in Vadodara, walk into Amish Hospital. Dr Umesh Shah at Amish Hospital is a skilled surgeon who has performed several facelift procedures. He can work wonders and reduce several years off your appearance.

What is facelift cost?

Facelift surgery price in Vadodara can vary widely and depend on various factors. The cost charged by a surgeon varies depending on their level of experience.

The following items may be included in the cost of a facelift:

Remember that the surgeon's expertise and comfort with them are just as crucial as the ultimate cost of the procedure when choosing a board-certified cosmetic surgeon for eyelid surgery. Tummy tuck surgery and associated consequences are typically not covered by health insurance. You are advised to ask your insurance provider regarding facelift surgery and related procedures.

How to prepare for facelift surgery?

You may be requested to do the following to prepare for a facelift:

The special instructions you'll get will cover the following topics:

A facelift can be done at a clinic, a licenced ambulatory surgery centre, or an approved office-based surgical facility. Make arrangements for someone to drive you to and from surgery, as well as someone to remain with you for at least the first night after surgery.

What are the steps for facelift procedure?

The facelift (rhytidectomy) tightens the facial skin and removes major creases and wrinkles around the nose and lips. The technique is also referred to as a face-and-neck lift since the face and neck are frequently treated simultaneously. Facelift surgery can take anywhere between two and five hours.

Step 1- Anesthesia
During the surgical process, you will be given medications to help you relax. Intravenous sedation and general anaesthesia are two options. Your doctor will advise you on the best course of action.

A multitude of additional treatments can improve the results of a facelift. They are as follows:

Step 2 - The incisions
Your facelift options include a regular facelift, a restricted incision facelift, or a neck lift, depending on the degree of improvement you'd like to see.

The incision for a classic facelift usually starts in the hairline at the temples, extends around the ear, and terminates in the lower scalp. Fat can be redistributed or sculpted from the neck, face, and jowls, and underlying tissue, including the deeper layers of the face and muscles, can be relocated. Excess skin is cut away, and skin is draped over the elevated features.

To further enhance an ageing neck, a second incision beneath the chin may be required. The incisions are closed using sutures or skin adhesives.

Step 3 - Closing the incisions.
The incision lines following a facelift are well hidden inside the hairline and in the natural contours of the face and ear once they have healed.

Step 4 - See the results.
As swelling and bruises fade, the benefits of a facelift become obvious. Your end outcome should make you feel more confident about yourself and restore a more youthful and rested appearance. You can find out more about facelift outcomes.

These are the four key steps required in a facelift treatment. You may also undergo a facelift without surgery in Vadodara at Amish Hospital under the skilful hands of Dr Umesh Shah.

What are the facelift risks?

The choice to get a facelift is a very personal one. You'll have to evaluate whether the advantages will meet your expectations, as well as if the dangers and consequences of a facelift are acceptable.

You will be asked to sign permission paperwork to confirm that you understand the operation and any risks or issues that may arise. The following are some of the hazards associated with a facelift:

These and other dangers will be thoroughly disclosed before you give your agreement. You must ask your cosmetic surgeon all of your questions directly.